The first trailer of Disney’s Dumbo just dropped and it confirms something we already knew: Hollywood seemingly loves producing live-action remakes. Dumbo will be joining a long line of “brought to life”- movies such as Cinderella, The Jungle Book and Beauty and the Beast.

While all Disney movies have a sad element (Lion King and Bambi, anyone?), Dumbo especially struck a chord deep in our hearts. Revolving around a young circus elephant who is not only separated from his mother, but also isolated, humiliated, and exploited, it’s almost questionable that parents would let their kids watch the movie.

Judged by the trailer, the movie’s narrative is loosely inspired by the animation’s plot. Just like the animation, the cute elephant is painfully separated from his mother. The trailer then shows us a grimed, but very sad Dumbo.

However, a big and obvious difference between the two movies is the participation of human characters. While portrayed as villainous in the animation, it seems that Dumbo will finally find some allies among us threatening creatures.

One is the one-armed war veteran and single father Holt Farrier who will be played by the gorgeous Colin Farrell. Farrier has been tasked with taking care of the newborn circus elephant as he works in the circus overseen by Max Medici (Danny DeVito).

Naturally, the elephant is exploited by entrepreneur V.A. Vandemere (Michael Keaton) as Dumbo’s flying skills are revealed. The cast is completed by the talented Eva Green as Colette Marchant, a flying trapeze artist. 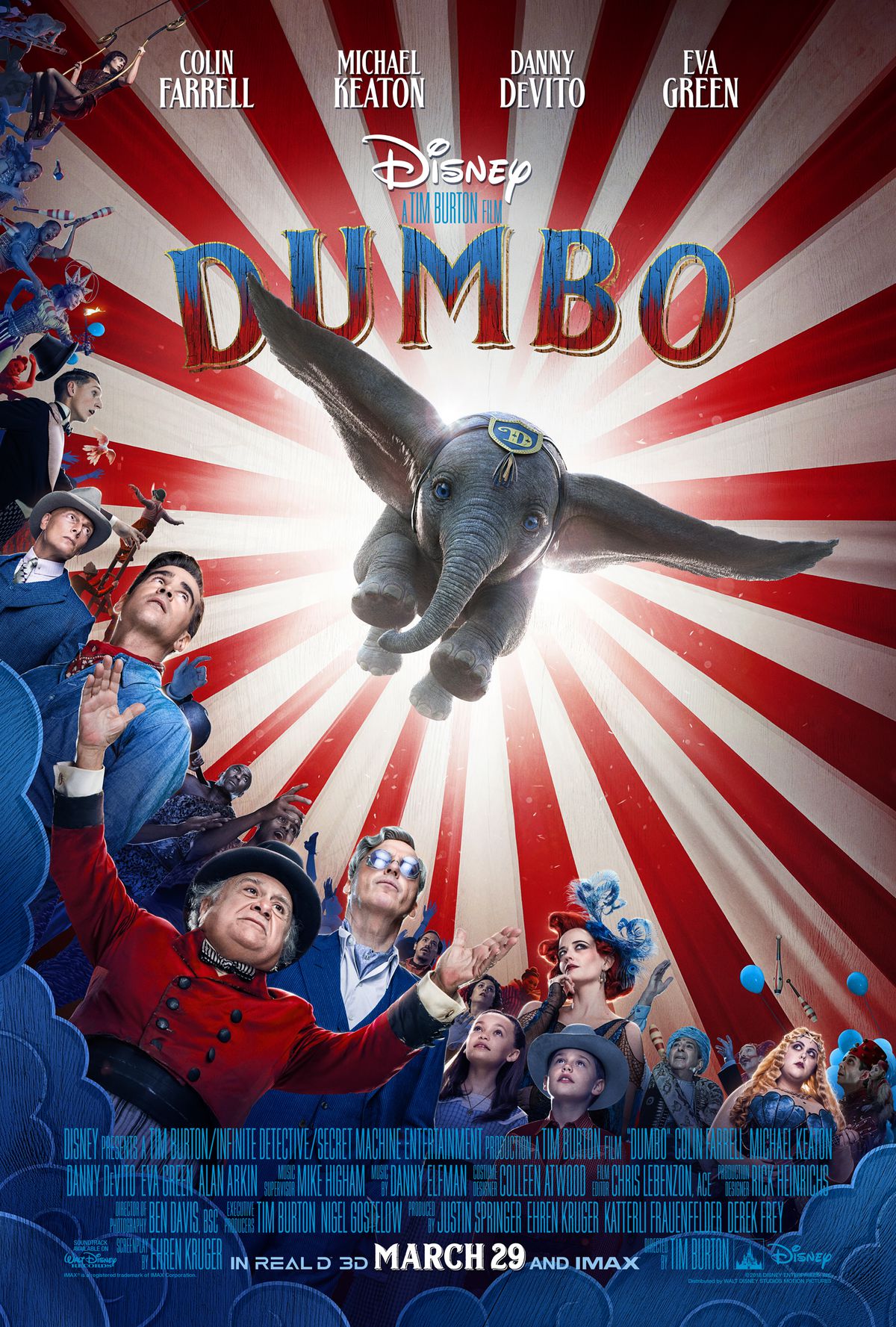 The movie is directed by Tim Burton, with a screenplay written by Ehren Kruger. With the original’s quite dark background, it seems that Burton is the perfect fit for the remake. His filmography is known for often marrying fantasy and reality, even gaining a following for his unique style.

All in all, the trailer seems very promising. Especially as one of our favourite scenes is included in the movie, the “Pink Elephant Parade”, giving us a tipsy Dumbo.

Who else is excited for the movie? Be sure to bring some tissues though, as the trailer already promises us that it will be soul crushing.

The large-eared elephant flies into theaters on March 29, 2019.