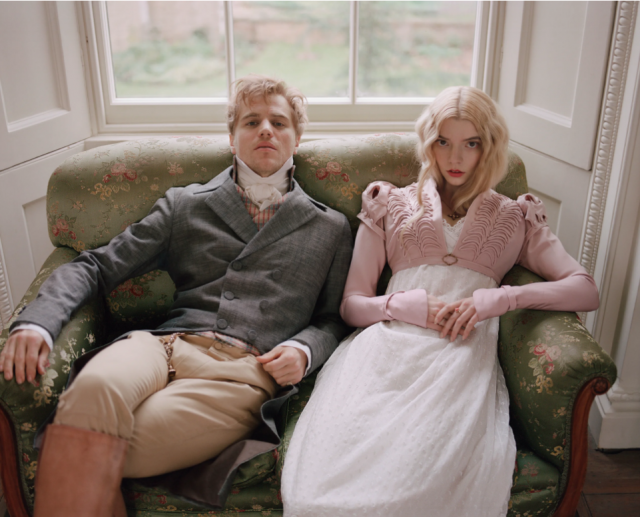 It’s not something new, but many of us love the beautiful and colourful worlds of period dramas. Whether they’re set in the 1700’s or the late 1900’s, we are drawn to the escape that these movies offer us. We are offered the chance to live vicariously through the characters as we become intertwined in their stories we imagine how we could have or would have lived. Below I have listed some of my favourite period movies that I know you’ll love also.

The 2013 film Belle tells the life of Dido Elizabeth Belle. She was an 18th-century gentlewoman who was born into slavery, she was the result of an illegitimate union between and English officer Sir John Lindsay and Maria Belle an enslaved woman. She was raised as an educated woman alongside her cousin Lady Elizabeth Murray in England who share a close bond. The movie details her life and the struggles of hierarchal class society in the 18th century.

Where do I begin, obviously this is one of the most known and watched period films there is, as well as one of my personal favourites. Based on Jane Austen’s novel of the same name. The film is set in England in the early 1800s. The film follows protagonist Elizabeth Bennet (Keira Knightley) and her love interest the very wealthy Mr. Darcy (Matthew Macfadyen). The film takes a deep dive into themes like class, romance, and family during the 18th century.

Agatha Christie’s classic novel of the same name, has been adapted multiple times. However, the 2017 theatrical version is superb and fully immerses you into the narrative. The film is set on an opulent train that gets snowed in trapping the passengers with a murderer and victim. The plot follows Hercule Poirot (Kenneth Branagh), a world-renowned detective, who seeks to solve a murder on the famous trans-European train in the 1930s.

The film depicts the fictional romance between the talented William Shakespeare (Joseph Fiennes) and beautiful aristocrat Viola de Lesseps (Gwyneth Paltrow) which in the film inspires his famous play “Romeo and Juliet”. Shakespeare in Love might not tell the historically accurate story, but it is still a good movie to watch.

The film is set in 18th century England, During the reign of Queen Anne (Olivia Colman). Great Britain is at war with France and the Queen is in frail health, leaving her confidante, adviser, and furtive lover Sarah Churchill (Rachel Weisz) to rule through her. But everything changes upon the arrival of Sarah’s younger cousin Abigail Masham (Emma Stone). The film follows both women duelling over Queen Anne’s affection.

Set in 18th Century Venice. Heath Ledger plays Casanova, who has a reputation around town as He seduces the entire female population of the city. The film followers his thrilling adventures and his encounter with Francesca Bruni (Sienna Miller), a noblewoman who spends her days writing illegal feminist books under a pseudonym.

In my opinion this film is one of Baz Luhrmann’s many great films. The film is set in Paris in the late 19th century. “Moulin Rouge!” tells the story of an English poet named Christian (Ewan McGregor) who falls in love with a cabaret actress named Satine (Nicole Kidman). Their relationship isn’t easy, as she’s already promised to a Duke. Set in France the city of love, the film draws you in the way any Baz Luhrmann film does, with glorious cinematography, colour and music.

Arguably one of the most colourful movies on the list, the film is set in France in 1770. It is based on the life of Queen Marie Antoinette in the years leading up to the French Revolution. The film follows Marie Antoinette, an Austrian archduchess who weds a French royal. We are shown here day to day life and the pressure she is subjected to, as it is her duty to bear an heir to the French throne. We are shown everything from her betrothal and marriage to Louis XVI at 15 to her reign as queen at 19 and to the end of her reign as queen, and ultimately the fall of Versailles.

Lily James plays a young English writer named Juliet Ashton, who becomes involved with a book club called “The Guernsey Literary and Potato Peel Pie Society.”  Which is located in the German-occupied island in the 1940s. The movie follows her time on the island and as she begins to learn more about the group and its members. Ashton finds it impossible to leave the island and its inhabitants behind to return to her normal life.

There have been many movie versions of the 1815 Jane Austen novel of the same name. But this is my favourite version. The 2020 film is set in 1800s England following the day to day life of wealthy Emma Woodhouse (Anya Taylor-Joy), a well meaning but selfish young woman who meddles in the love lives of her friends. The costumes alone will draw you in but the story and characters although they have been around for quite some time, they feel fresh and new.

The film depicts Prince Albert’s (Colin Firth) work to overcome a speech impediment, as he prepares to ascend the throne as the King of England in 1936 after his brother abdicated the throne. The film follows his work with Lionel Logue (Geoffrey Rush), an Australian speech and language therapist. The men become friends as they work together to prepare the new king to make his first wartime radio broadcast upon Britain’s declaration of war on Germany in 1939.

Christopher Nolan’s “Dunkirk” follows thousands of British and Allied troops as they become encompassed by their enemies during the Dunkirk evacuation of World War II. The film follows soldiers from the British Empire, Belgium and France as they try to evacuate from the town of Dunkirk during a battle with German forces. However the film is different to other historic war films, as Dunkirk relies heavily on music and cinematography rather than dialogue to tell the fictional characters story.