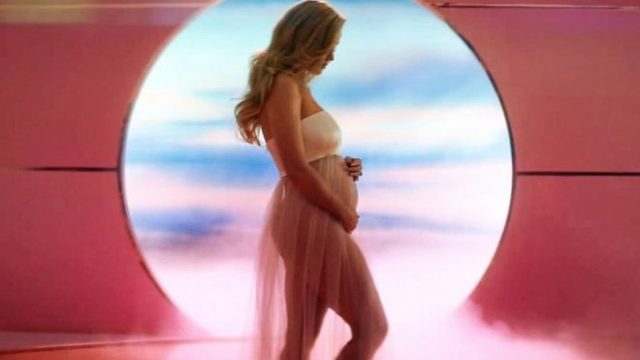 Katy Perry has announced she is expecting her first child with fiancé Orlando Bloom in the last few frames of her latest music video, Never Worn White.

“OMG, so glad I don’t have to suck it in anymore,” Perry tweeted after the reveal, “or carry around a big purse”.

Perry and Pirates of the Caribbean star Orlando Bloom have been dating since 2016 and became engaged on Valentine’s Day 2019. The couple are “overjoyed” at the news which comes a few months after Bloom admitted that he wants to have kids with Perry. The 43-year old said in November 2019, “I really want to enjoy family and friends, my beautiful son, and have more kids…”.

Perry and Bloom have both been married before: Perry to British comedian Russell Brand and Bloom to Australian supermodel and mogul Miranda Kerr, with whom he shares a 9-year old son, Flynn.

Celebrities are often known (and ridiculed) for their unusual baby names, we will be anxious to see what traditional or non-traditional baby name the couple ultimately choose.

We here at Aussie Gossip are over the moon for Perry and Bloom and wish them all the best, especially since Baby Perry-Bloom is due right around Perry’s next album release!

Make sure to watch the music video here to see Perry’s sweet bump!