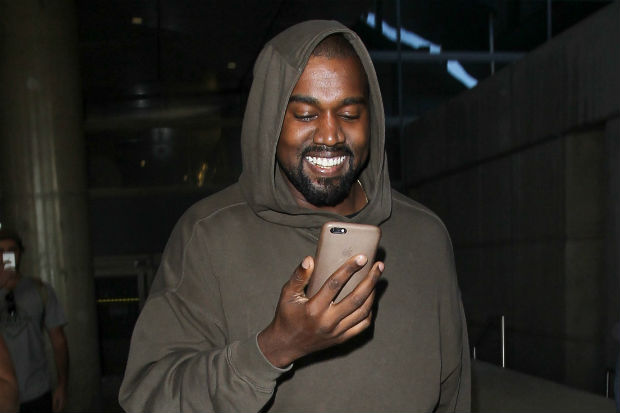 Kanye has officially deleted his Instagram and Twitter accounts. Who knew the day would come so soon?

The rappers social media accounts disappeared following a few weeks where the rapper couldn’t seem to stop tripping himself up on the platform. After sending out tweets promising a new album (which never came) and suggesting that the 13th Amendment should be abolished, Mr West appears to be running away from the trolls and haters.

Kanye’s album, Yandhi, was promised to be released on September 29. 9 days later, we are still waiting. Of course, there’s still a supposed deadline for Yandhi out there in the interwebs. Kanye’s wife, Kim Kardashian-West was the one to share the new release date of November 23.

Everyone, mark your calendars. If Yandhi is anything like Kanye’s past albums, this will be an absolute banger.

Kanye has told TMZ that he’s headed to Africa in the meantime to record.

“So this is the type of energy that we’re putting into the album, so we’re going to Africa in two weeks to record,” he said. “I felt this energy when I was in Chicago, I felt the roots. But we have to go to what is known as Africa. I need to go, I need to find out what it’s really called. Just grab the soil and be and cook food, five meals a day so the metabolism stays up, have my kids in the studio, have the mic out in the open so you can hear nature while we’re recording.”

The deletion of Kanye’s Instagram and other socials means that the flack he’s been receiving for his controversial comments on the 13th Amendment is no more. Chris Evans called him out for his take, and called it “maddening”. Lana Del Rey went on a lengthy tirade against the rapper’s continuous support of President Donald Trump.

“If you think it’s alright to support someone who believes it’s OK to grab a woman by the pussy just because he’s famous – then you need an intervention as much as he does,” she wrote in a comment on a since-deleted post.

Of course, the sudden exit could have something to do with the potential lawsuit which alleges that Kanye’s tweet about The Life of Pablo never being available outside of Tidal amounted to fraud. Or it could just be Kanye being Kanye. We have a feeling it’s the latter.