It was the first Royal Christening to be shielded from the public eye, with many fans disappointed in the decision made by the Duke and Duchess of Sussex.

The couple shared the highly anticipated images on their Instagram account, which showcased a family portrait and followed by a more intimate shot of the family in black and white.

The Christening took place on Saturday the 6th of July at Windsor Castle, where the pair wedded last spring. Archie Harrison Mountbatten-Windsor donned the traditional baptismal garment that has become a tradition in recent years, however, it was first commissioned by Queen Victoria in 1841.

The Duke and Duchess revealed on their Instagram, SussexRoyal, that the handmade robe is made from the “finest Honiton lace, lined with white satin.”

A touching tribute to the late Princess Diana was the inclusion of her sisters, Lady Fellowes and Lady McCorquodale. The portrait also featured the Doria Ragland, Archie’s grandmother, who made the trip from America to support her daughter on the day.

This was the first up close look of the baby, as previous images of the newborn were all slightly concealed. Royal commentators expressed their frustrations at the style of images the Sussex’s are sharing, as they may leave fans “jaded and disappointed.”

Protective parents, Meghan, 37, and Harry, 34, gaze lovingly at each other in the intimate image captured by renowned photographer Chris Allerton. He stated that he was “honoured to take the official photographs.” The photographer is a favourite of the couple, as he also photographed their highly publicised wedding last year.

What is a royal celebration without a comment from Meghan’s 77 year old father, Thomas Markle, who was not invited to his grandson’s christening. He expressed his disappointment in being snubbed from the event, as he stated, “of course I would’ve enjoyed being there for the blessing, wishing Archie and his parents’ health and happiness.”

Many fans were quick to point out that baby Archie has a hint of the same ginger hair as his father, but most were divided on which parent he resembles. Some fans pointed out that he had inherited Meghan’s distinctive nose and Harry’s eyes. 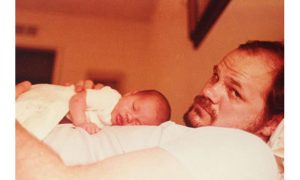 It was revealed by a source that the godfather is Prince Harry’s ‘wingman’ and long time friend, Charlie van Straubenzee. He was among the assortment of godparents, as the couple chose to give the honor to close friends, rather than their celebrity friends. This is yet to be confirmed by Buckingham Palace representatives.

Due to the private nature of the Christening, the couple received backlash from royal fans, as they felt it was unfair to not share more of the occasion. Many felt angered that they chose to not disclose the names of the godparents, and have media present to capture the event.

One fan criticised the couple claiming that its “unfair to not let the public be apart of the event, but it’s ok for the couple to use the public’s money to fund their extravagant lifestyle.”

Others were quick to come to their defence arguing that its “not unreasonable to have some privacy, especially considering that Archie doesn’t have a royal title.”

Despite this, its safe to assume we will be seeing more glimpses of baby Archie in the future.