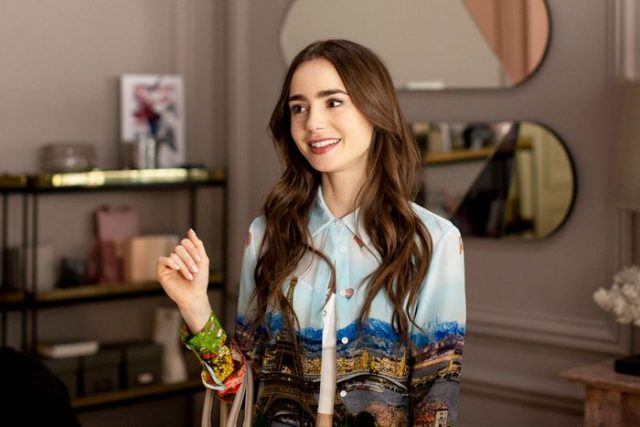 Actress Lily Collins plays Emily. A 20-something year old fashion forward marketing executive who moves from Chicago to Paris for her dream job. Which tasks her with the revamp of the company’s social media strategy.

The romantic comedy series will feature 10 half-hour episodes. The show was created by the American producer Darren Star, known for Beverly Hills, Sex and the City, and Younger. The show even feature looks created by Patricia Field, who was the costume designer for The Devil Wears Prada and Sex and the City.

In an interview Darren Star said “MTV Studios and I couldn’t hope for a more perfect home for Emily in Paris than Netflix. With their international reach, we are excited to share Emily with audiences around the world.”

Netflix has dropped the first trailer for its highly anticipated new rom-com Series. In the trailer, we see a series of snapshots of Emily wearing one killer outfit after another. The 10-episode rom-com will debut on October 2 on Netflix.

Watch and enjoy every fashion-filled fun moment of the Emily in Paris trailer below: