Stereosonic is any Aussie festival-goers favourite weekend of the year. The sights of sunglasses, short shorts, water bottles, abdominal muscles, tans (fake and real) and sounds of electronic beats, deep house and mediocre attempts of singing along, have become traditions at the annual music festival.

While the organisers Totem OneLove Group are more typically in the spotlight for announcing the latest line up, all eyes are on them after they publicly announced their support of on-site pill testing. After two attendees lost their lives at the event last year,  find it necessary to provide festival-goers with in-venue testing of drugs.

Essentially, participants would anonymously prove a sample of their pill into a supplied container. That would then be taken by a licensed forensic chemist whou would run the sample through gas chromatography mass spectrometry. This process identifies every chemical including unknown substances and if MDMA is found to be present, a second machine will determine dosage.

In a statement on the Totem OneLove website they said:

“In principle, pill testing would have our full support as long as all the key stakeholders sanctioned the initiative to ensure its effectiveness. We would strongly support any policies or initiatives that would minimise harm, reduce drug use and make events a safer environment for patrons.”

Premier Mike Baird is opposing pill-testing programs and said on Sunrise, “There’s a pretty simple way that you know you’re going to be safe, don’t take the pills.” “We’re not going to be putting tax payer funded dollars to be supporting illegal drug dealers.”

We totally agree with you Mike, not taking drugs in the first place is the best option. However turning a blind-eye isn’t a solution. Drugs are here and it seems that they are here to stay, so it is crucial that we do all we can to make it as safe as possible. This isn’t a time for stubbornness – its a time for understanding and compromise. 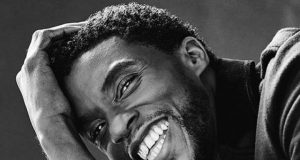