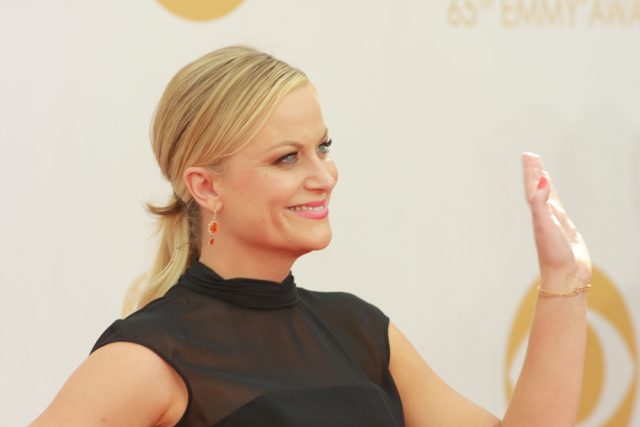 It seems to be that Amy Poehler is always a nominee but never a winner, similar to Leo DiCaprio. Now the tables have turned when she finally won her first Emmy last night at the Creative Arts Awards. She won the Outstanding Guest Actress in a Comedy Series award, for her appearance on SNL.

She’d previously been nominated eight times for an Emmy in various categories. Six of those eight times she received a nomination for playing Leslie Knope in Parks and Recreation. She never took the statue herself but she did win a Golden Globe in 2014.

Fans took to Twitter to show their appreciation for the comedian:

Amy Poehler got her first Emmy nomination in 2008.
8 years and 18 nominations later, she FINALLY won. pic.twitter.com/rO2LQ8SbR1

And the winner, at last, is Amy Poehler.

It took humans until 2016 to give Amy Poehler an Emmy so I ain't expecting to hop in my flying car anytime soon, y'know?

Game of Thrones won two awards last night for Costumes for a period fantasy series and Casting for a Drama Series. American Horror Story won Costumes for a Contemporary series, for the season Hotel.

The Primetime Awards will commence on Sunday 18 September and we are so excited to see who wins some of these awards!