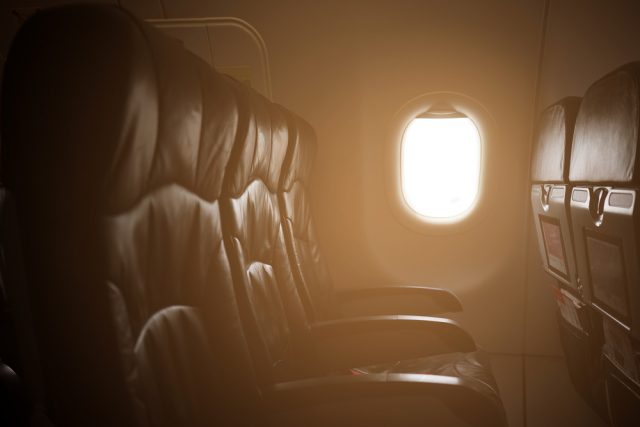 When you’re stuck on a plane, crammed in a seat with minimal leg room, tens of thousands of kilometres above sea level with dozens of other people, all the while your body refuses to sleep, all you want to do is binge movies. As many frequent flyers may recall, a small message will appear before your film begins stating that it has been edited for your flight. Whilst this may seem strange to some, this happens for various reasons, one of which being that while you may be comfortable with the content you’re choosing to view, your unsuspecting seat-mates that you’ve been crammed in between may not be so forgiving. Thus, to appease all potential viewers, the content of your movie is edited to exclude any explicit content the airline may feel has the potential to offend its patrons.

However, in 2019, its astounding that some airlines (or the companies that prepare their edited inflight content) still consider LGBTQI+ scenes and references to be offensive.

This week, Delta Airlines has responded to surmounting backlash surrounding this issue, stating it will review its inflight entertainment selection processes after it came to light that its inflight versions of films Rocketman and Booksmart, both released earlier this year, had been censored to remove LGBTQI scenes and references.

Criticisms began when it was reported by a customer on an unnamed airline that Olivia Wilde’s directorial debut, Booksmart, had apparently been edited to remove a same-sex consensual love scene, even though scenes containing heterosexual intimacy had remained in the film. After catching wind of the situation, Wilde retweeted the viewer, questioning on what grounds the scene had been deemed inappropriate for viewing and requested the name of the airline that the passenger had watched the film on. Within the same week, Entertainment Weekly editor Shana Naomi Krochmal became a part of the conversation, tweeting that in viewing the Elton John musical fantasy-biopic, Rocketman, “almost every gay reference” had been removed, as well as a love scene between the film’s stars, Taron Egerton and Richard Madden. Days later, Wilde again weighed in on the issue in a follow-up tweet, commenting that a third-party company who provides Delta and other airlines with their inflight content was responsible for the censorship of Booksmart, and consequently urged airlines to no longer employ their services. In response to the allegations, a Delta airlines spokesperson released the following statement, “We value diversity and inclusion as core to our culture and mission and we will review our processes to ensure edited video content doesn’t conflict with these values”. The airline admitted that scenes and content well within Delta’s guidelines had been omitted from both films, however, is working to ensure that special edits of both films that include the LGBTQI scenes be available on Delta flights as soon as possible.