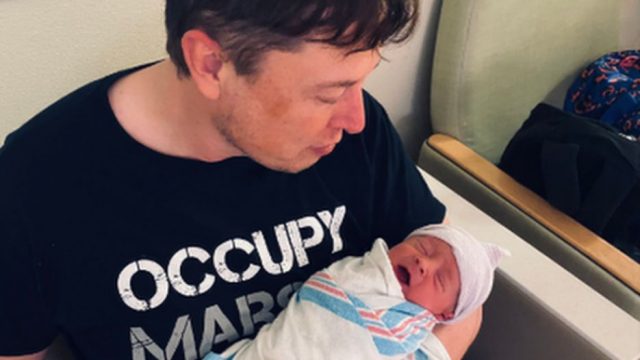 The space age couple Elon Musk and Grimes have just announced the birth of their first son “X Æ A-12 Musk.” The birth of the new baby should be exciting enough, but as the barcode style name was announced, fans were sent puzzling over what on earth it could possibly mean…

In recent years, celebrity baby names have spiked in their peculiarity, with Chicago, Blue, Rainbow, Apple, Raddix, and Stormi, just to name a few. With the emergence of this trend, fans were questioning their sanity. Yet now, with “X Æ A-12” we can  appreciate that at least those instances were utterable. “X Æ A-12” is just so off the wall, it seems Grimes’ and Musk’s love for sci-fi and progressive tech has surpassed any earthly intelligence and teleported into another realm.

Grimes did however, take to twitter to explain the name, revealing there was in fact (some?) thought to it.

•X, the unknown variable ⚔️
•Æ, my elven spelling of Ai (love &/or Artificial intelligence)
•A-12 = precursor to SR-17 (our favorite aircraft). No weapons, no defenses, just speed. Great in battle, but non-violent 🤍
+
(A=Archangel, my favorite song)
(⚔️🐁 metal rat)

While this is ah…all well and good Grimes, how the heck do we pronounce this thing? It seems some fans have their theories.

me: how do u pronounce that?

for those of u asking how X Æ A-12 is pronounced, it’s pic.twitter.com/o8u4RQINH9

Grimes and Musk have solidified their reputation as an outer-wordly couple, confirming that they are in fact breeding half alien, half human babies, just in time for the move to Mars.