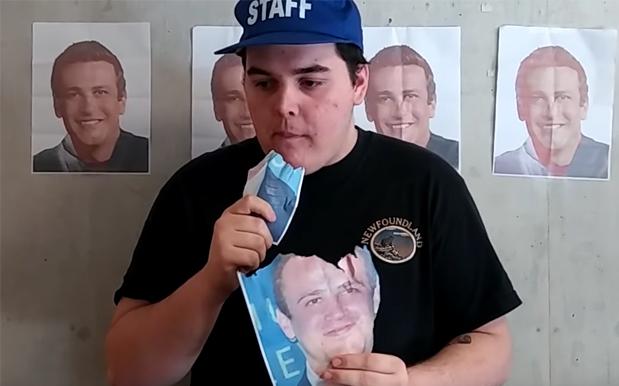 It’s a tough life being a celebrity. People invade your privacy, take photos of you, and even eat your photo. Wait, what? A man known as “Dog Shit” on YouTube has gone viral for his crazy stunt.

“Dog Shit” has already published four videos featuring him eating photos of the actor. Have a look at the latest (most creative) one, in which “Dog Shit” tops the expectations by getting a new tattoo of Jason Segel’s name.

This has to qualify “Dog Shit” as one of the craziest/strangest fans in the history of obsessive fans. To end the experiment, Segel has to eat this special picture of “Dog Shit”:

We don’t know wether Segel has seen this yet or if he’s going to respond but we can imagine his reaction to the whole thing would look something like this:

The only question that remains is why? Hopefully we’ll find out in videos to come.