To celebrate Selena’s birthday, best friend Taylor Swift made her a frosty pink cake with sprinkles and a pun to boot.

Taylor made this beautiful cake for Selena’s birthday!

Selena couldn’t actually eat the cake as Swift has been on her worldwide ‘Reputation’ tour since May and was unable to give it to Selena in person but it’s the thought that counts right?

In celebration of Selena’s birthday we’ll be highlighting the actress’s best hair moments throughout her career. From the chic no-nonsense bob to youthful and fun corkscrew curls, here are our favourite Selena Gomez hairstyles!

Are you even a Disney Star if you don’t have side swept bangs? Demi Lovato (Camp Rock), Vanessa Hudgens (High School Musical) and Debby Ryan (Jessie) have all rocked this look.

This fun nineties-esque hairstyle is Phoebe Buffay meets The Nanny.

Loose, flowy, paired with dangly earrings — this is hair that’s ready for Coachella.

This classic and elegant hairstyle channels the likes of Hollywood actresses Marilyn Monroe and Ingrid Bergman.

Probably the most popular hairstyle on the list, the loosely curled bob has taken the world by storm and is a favourite among celebrities.

Sleek, professional and blindingly shiny, this hairstyle highlights the jaw line and adds a layer of sophistication to the look. 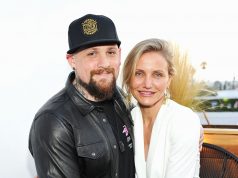